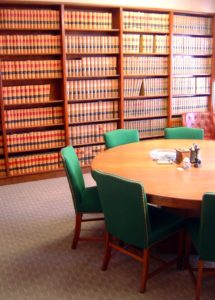 With about half of marriages ending in divorce, it is no surprise that it has affected all of us either directly or indirectly. Divorce is always hard, but it is hardest when there are children involved. This week we are looking into child custody, arguably the most difficult component of divorce to couples with children because emotions run high. We want to learn more about how child support and child custody are determined.

To most divorcing couples, their first concern will naturally be their children. The well-being of their children is important to them, and they’re concerned about how parenting will work once the divorce is finalized. Many parents fear not being able to see their children at all after divorce. Child custody and child support tend to quickly become heated battles. We want to learn more about the process to understand how such decisions are made, and what parents can do to make the process less painful.

We look to our legal resource network to learn more:

How are child support and child custody determined?

Are there really any advantages to being the mother or father in earning custody rights?

How should parents ensure they put their best face forward in court?

What child custody arrangements are most common?

In South Carolina, the amount of child support is either determined by agreement of the parties or calculated in accordance with the South Carolina Child Support Guidelines. The Guidelines are state law mandated and calculated according to the gross monthly incomes of the parties, the number of children involved, other dependents of the parties, and credit is given to the respective party who pays for health insurance coverage of the minor child(ren) and/or work related childcare. The Court does have discretion to deviate from the guidelines when deeemed necessary as well as determine child support for higher income level parties.

Custody battles can be very difficult, heart wrenching, and expensive. As to the custody determination, the Courts are guided by the best interest of the child standard. This subjective analysis will be determined by examining among other things the fitness of the parents, their ability to provide a safe, sober and moral environment for the child(ren), and the ability of the parent to promote the best educational, social, religious, and psychological environment.

There is no clear legal advantage to being the mother or father in a custody battle. The Court will look at the totality of the evidence presented and award custody to the parent who the Court deems will promote the best interests of the child. The Court has discretion to award sole custody to one parent; joint or shared custody to both parents; or joint custody with one parent being designated as the primary custodial parent. The Courts may appoint a Guardian ad litem to conduct an investigation on behalf of the Court to assist in this determination.

The way a parent can put their best foot forward in custody litigation would be first to honestly evaluate what is the best type of custodial arrangement to benefit the child? The Courts are sensitive to the motives of parents. Be very clear as to why you are pursuing custody. Parents must also be very concise in documenting and calendaring events to provide this accurate and concise information to the Court and the Guardian ad litem.

Parents should also develop their witness list and provide affidavits
from those witnesses as to the type of parent he or she is and the relationship between the parent and child. Also key is to incorporate expert witnesses such as a counselor or psychologist into the case to provide insight into the needs of the child and which parent best meets those needs.

Parents must show dedication to the child’s well being. It is prudent that a parent not seem vengeful when seeking custody. In addition, the Court expects parents to not involve a child in custody litigation. In essence, the parent’s motives must be pure when pursuing custody and the proof of who is the best custodial parent must be substantial and convincing.

I do believe intelligent reasonable parents should mediate or reach an agreement on the child related issues stemming from a divorce. It is much better for the parents to craft their own custodial agreement than allowing the Court to establish the custodial arrangement and visitation schedule when he/she knows very little about the nuances of the parents’ lifestyle, beliefs or schedules.